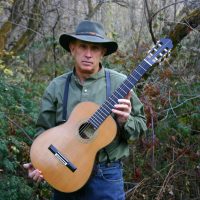 MIKE ERICKSEN produces Media under Empath Media LLC. He is a classical guitarist, writer, song-writer, filmmaker, and a member of Cedar Breaks ® Band. Before joining Cedar Breaks ®, he produced award-winning films and music relating to the journey of early pioneers. These include the musical albums “Unsung, Music for the Trail” and “Sojourn, Along the Path” with talented songwriter Emily Christensen. Teaming up with Groberg Films, Mike co-produced the award-winning historical documentary “Walking in Obedience, The Ole Madsen Story,” a stunning adaptation of a 3000-mile pioneer journey to the Rocky Mountains.

Mike and Sage Steadman wrote the acclaimed historical novel “Upon Destiny’s Song,” a companion to the documentary. They are working on a new historical novel, due out in 2020.

Working with classical guitarist Allan Alexander Mike interested in Lds Heritage and produced two classical guitar music books, “Hymns Plus” and “Songs of Faith.”
Mike and members of Cedar Breaks ® Band have performed music and stories of heritage across America in firesides and concerts.

Mike and his wife, Cheri, and family live in Utah. 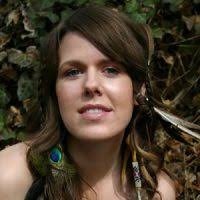 SAGE STEADMAN has a Masters in Social Work from the Universi- ty of Utah. She became a licensed mental health therapist while pursuing her passion for writing. She is the author of the inspira- tional self-help teen novel, Snowflake Obsidian: Memoir of a Cutter, written under her pen name, The Hippie. She has been heralded as a talented new writer who tackles her novels with a witty, raw and honest approach. She currently lives near Salt Lake City, Utah.